Eric has published 18 books and numerous articles since 1964 on media, perception, and literature.

A recognized leader in the field of communications and media theory, and in addition to lecturing in colleges and universities across Canada and the United States, Eric was an in-demand speaker at conferences and events worldwide.

All photos are the property of the respective owners and used with kind permission.

An internationally-known and award-winning lecturer on communication and media, Dr. McLuhan has over 40 years’ teaching experience in subjects ranging from high-speed reading techniques to literature, communication theory, media, culture, and Egyptology. He has taught at many colleges and universities throughout the United States, Canada and abroad.

In addition to co-authoring “Laws of Media” in 1988 and working closely for many years with his father, the late Marshall McLuhan, he has also been deeply involved in exploring media ecology and communications.

In 1980, with Roger Davies, Dr. McLuhan developed the Thinking and Writing workshops, and together they founded McLuhan & Davies Communications, Inc., to help business professionals with their writing and editing skills.

His research and thinking has been published in books, magazines, and journals covering topics such as media, communications, perception, and literature since 1964. He is currently researching the nature and structure of renaissances, including the one that now envelops us: the first global renaissance.

His most recent published work includes The Sensus Communis - Synesthesia, and the Soul (BPS Books, 2015), Cynic Satire (Cambridge Scholars Publishing, 2015), and a third book in the The Human Equation series (BPS Books, 2012). Several other books are currently in preparation. 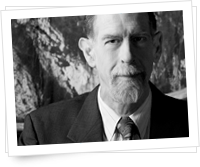